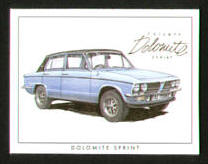 The Triumph Saloon Racing (TSR) group within the Triumph Sports Owners Association of NSW caters for member who have an interest in racing Triumph saloons, most notably Triumph 2000, 2500 and Dolomite/Sprint models.

Improved Production is the fastest growing category of circuit racing in Australia. An Improved Production car is loosely based on a modified road car, and is made popular by the fact that it is fast and relatively inexpensive, as far as race cars go. Starting out with a production body shell, and then carrying out substantial modifications to engines, brakes and suspension, has proven popular both with beginners to the sport and more experienced competitors.

You are allowed to fit a bigger engine from the same manufacturer as the body shell. It can be a twin cam, or a turbo (with a restrictor), or a bridge or peripheral port in the case of a Mazda, depending on the model. You can lower the car to within 100mm of the ground, excluding the exhaust, and can change springs, shocks, sway bars and fit urethane bushes. Wheel width can be increased to 7 inches for a car up to 3 litres in capacity. Brakes can be anything you like but must be dual circuit, you can use close ratio gear boxes with a maximum of five forward gears, and locker or limited slip diffs are allowed. You are allowed to fit flares, and front and rear spoilers of limited sizes. Improved Production race cars use a control tyre. 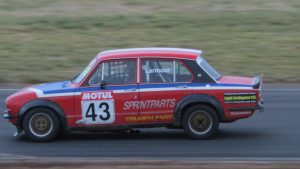 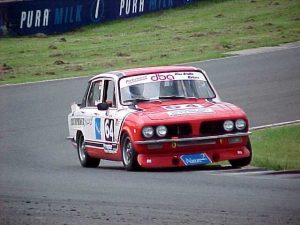 To compete drivers must hold a CAMs General Competition License and wear safety clothing complying with the CAMs and FIA requirements for National competition status.

The category provides a progressive step from club level speed events to genuine circuit racing with all of the challenges and rewards associated with building, preparing and maintaining a race car together with qualifying and racing in what is one of the most competitive categories in Australia.

Members with 3J eligible non-Triumphs are also welcome to be a part of TSOA’s competition family.